Background and Description:   Grammy-winning flutist Rhonda Larson first came into recognition by winning first prize in the National Flute Association’s Young Artist Competition in 1985, resulting in a debut in Carnegie’s Recital Hall prior to her senior year of university.  She was subsequently invited by Paul Winter to become a member of his renowned Paul Winter Consort, and spent many collaborative years together recording, producing, and performing world-wide.  The association culminated in winning a Grammy Award for her work with that group.

Shortly after her tenure with the Consort, Rhonda formed her five-member band Ventus.  Ventus, Latin for “wind”, expresses the essence of Larson’s vision and approach to music: “like wind-trails across the sea, we follow uncategorical musical paths with inherent qualities of inspiration that celebrate the human spirit.”  Like that wind, their music soars beyond industry labels and parameters, and merges the most soulful elements of sacred, Celtic, classical, folk, jazz and ethnic music derived from ancient folk sources, as well as original compositions by Rhonda Larson.

In addition to the familiar western European flute, Larson performs on an array of ethnic flutes and is joined by keyboards, acoustic guitar, bass, and a variety of hand percussion from around the world.  Rhonda Larson & Ventus’ music has the precision and virtuosity of their individual classical training, and the accessible charisma of world music rhythms and melodies. Their concerts take the audience on an international musical pilgrimage.  They have performed world-wide, and frequently under the auspices of the US Embassy—a natural fit for Larson, given that her forte is the use of music as a diplomatic medium in addressing conditions of the human soul common to all peoples.

For over 25 years, Ms. Larson has performed all over the world delighting her audiences with a style all her own. Born and raised in the mountains of the ‘Big Sky’ country of Montana, Rhonda was instilled with a nature-loving, trail-blazing ‘wild west’ spirit and a mountain-top perspective as to creative possibilities.  She is a ‘flutriloquist’, a term she uses to describe her remarkable ability to sing and play the flute simultaneously, as well as her unique illusory technical skill of playing both harmony and melody at the same time.  Rhonda is featured on more than 20 commercial recordings, including two solo releases, Free as a Bird, and Distant Mirrors.

In the past two years, Rhonda Larson & Ventus have performed over fifty concerts throughout China, a country where for thousands of years the flute has been prevalent and adored. The Chinese do not think it ‘unusual’ for a Player of the Flute to lead a band and perform her distinctive variety of music, and she thanks them greatly for their perspicacious appreciation of her artistry.

The comment Ms. Larson hears most frequently following her shows goes something like this (in all its variations): “…my wife made me come, and I couldn’t imagine what a flute concert would be like, and you have completely converted me.  I had no idea the flute could sound like that, and you touched me very deeply.  My wife won’t have to force me to come the next time….”  When asking Ms. Larson what people might expect at their performance, she immediately responded with, “Two sure things:  1)  To find yourself happily surprised, and 2) “This is not your Grandmother’s flute recital!”

ONE WOMAN, A WORLD OF MUSIC 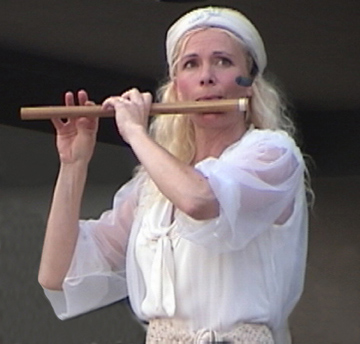 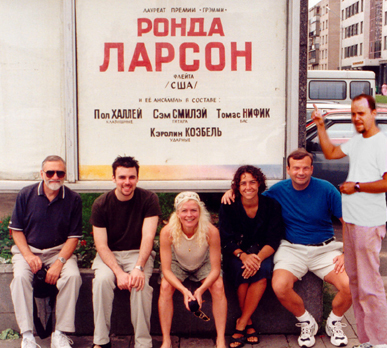 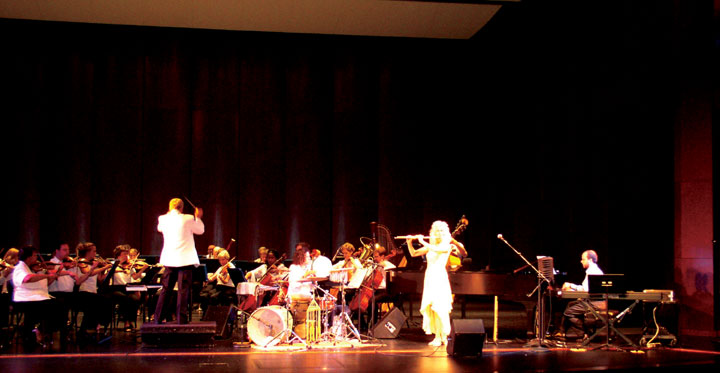 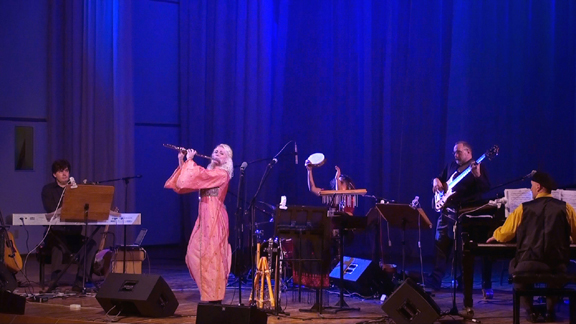 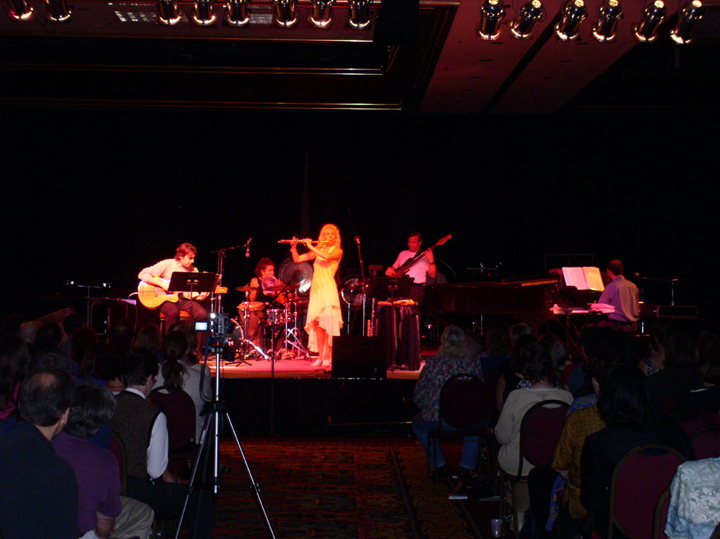